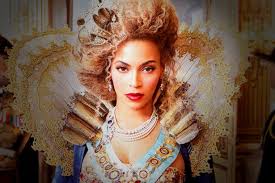 Beyoncé‘s self-titled new album has broken an iTunes record, after becoming the fastest-selling LP ever across the globe.

Most of Bey’s impressive sales came from her native America, where she broke the US first-week album sales record with 617, 213 copies sold. 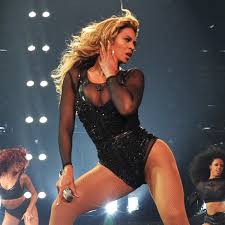 Apple – who run the iTunes store – have since confirmed that the former Destiny’s Child star has broken the previous first-week sales record set by Justin Timberlake with The 20/20 Experience, which shifted 580,000 copies in March. 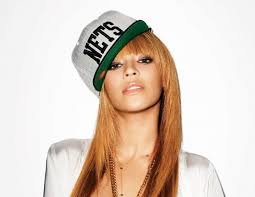 Beyoncé is currently at No.1 on the iTunes chart in 104 countries.

The 32-year old previously said that her album, which came complete with 14 new tracks and 17 videos was inspired by her memories of Michael Jackson.

Bey explained: “I miss that immersive experience. Now people only listen to a few seconds of a song on their iPods and they don’t really invest in the whole experience.”

The likes of her hubby Jay-Z, Frank Ocean and daughter Blue Ivy all feature on the record.

Beyonce and Jay Z have pledged to go vegan for 22  daysCredit: Layne

During a time of year when most of us mortals overdose on honey hams, cheese  plates, and other artery-clogging delights, Beyonce and Jay Z have decided to  embrace a plant-based diet. Oh, and it was Jay Z’s idea.

The day before his 44th birthday, the rapper revealed that he was beginning a  22-day challenge to go completely vegan. On his blog, he explained that he had already begun dabbling in the eco-friendly fare “a few months back  when a good friend and vegan” encouraged him to try a plant-based breakfast  everyday.

“It was surprisingly easier on me than I thought…” he muses.

Still, the jump from some greens for breakfast to greens all the time is a  pretty big one (especially during the holidays), so why is Blue Ivy’s daddy  deciding to take the plunge now?

“There’s something spiritual to me about it being my 44th birthday and the  serendipity behind the number of days in this challenge; 22 (2+2=4) coupled with  the fact that the challenge ends on Christmas day,” he writes before adding, “It  just feels right!”

Branding it as a “spiritual and physical cleanse,” he notes that he will post  progress updates along the way and solicits “professional vegans” to help him  out with restaurant recommendations — probably because he needs places to take  his better half since Beyonce is apparently joining him in this mission. Now  that’s love.

And it seems his request has been answered, because the power couple was  spotted at Real Food Daily in West Hollywood on Tuesday, the first day of the  cleanse.

Clad in a patterned jacket, sky-high lace-up booties, and barely-there  shorts, Beyonce reminded the world why she does not need to be on any sort of  diet. That said, it’s probably worth noting her shorts sure look like they’re  made of leather, which we’re fairly certain is not exactly in line with vegan  ideals.

Regardless of whether they’re going to leave their closets out of the  cleanse, they’re on their way to their 22-day goal.

“Psychologists have said it takes 21 days to make or break a habit. On the  22nd day, you’ve found the way,” Jay Z explained on his site. And while he notes  that he isn’t sure what happens after they’ve reached the Christmas finish line,  something tells us they’ll be happy they made it