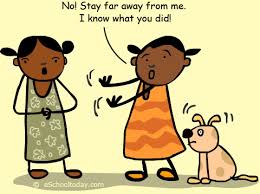 Suicide means not only a tragic loss of a life but also great sadness and soul-searching by the family and friends of the person who has died, as well as in the wider community.

More than 2000 Australians die from suicide every year. For every person who dies in this way, it is estimated there are at least another 30 people who attempt suicide. Death by suicide is highest for men aged between 25 and 34 and those over 80, although suicidal behaviour is more common in women than men.

There is a significant association between mental health problems and suicidal behaviour. Of those who die by suicide, many — probably a majority — have experienced a mental illness such as depression, bipolar disorder or schizophrenia.

Suicidal behaviour and mental illness Around 20 percent of Australians are affected by some form of mental illness every year, yet many do not receive the treatment and support they need. The suicide rate among people with a mental illness is at least seven times higher than the general population.

It is the main cause of premature death in this group. Many who have attempted or seriously thought about ending their lives can — with effective treatment, social support and time — go on to live full and productive lives.

Why people feel suicidal For people with a mental illness, the distress caused by the illness can be so great they may feel an overwhelming desire to end their life. People recently discharged from psychiatric care are at higher risk of suicide.

Knowing someone who has recently died by suicide may also increase risk. A suicide attempt may be an early sign of a mental illness developing and it is important to get help from a doctor if this is the case.

For someone with a mental illness, the following may contribute to the risk of suicide:

Self-harm Self-harm means any behaviour that involves the deliberate causing of pain or injury to oneself. This includes cutting, burning or hitting oneself, overdosing on prescription or illegal drugs, or even binge-eating or starvation, abuse of drugs or alcohol or repeatedly putting oneself in dangerous situations.

Self-harm is usually a response to distress — often the distress associated with mental illness or trauma. In the short term, some people find that it provides temporary relief from the psychological distress they are experiencing. While people who self-harm do not necessarily mean to kill themselves, it often becomes a compulsive and dangerous activity, and requires careful professional help.

How do I find out more? It is important to ask your doctor about any concerns you have, whether about yourself or another person. For information on how to help if you or someone else is experiencing suicidal thoughts, or has been bereaved by a suicide, visit http://www.sane.org or call the SANE helpline on 1800 18 SANE (7263).

One thought on “Suicide and mental illness”